On May 20-21, 1932, Amelia Earhart became the first woman to fly nonstop across the Atlantic. She was only the second person besides Charles Lindbergh to complete this feat. Earhart took off in Newfoundland, Canada and landed in Derry, Ireland. The flight took fifteen hours.

About three months later, from August 24th-25th, Earhart became the first woman to fly across the United States. She flew from Los Angeles, California to Newark, New Jersey in nineteen hours.

Earhart first became interested in flying while serving as a nurse in Toronto during World War One. She became enamored with planes while watching them fly close to her nurse’s aid station. When she came back to the United States after World War One, she took her first plane ride with famed pilot Frank Hawks. Earhart took flight lessons in 1921 with female flight instructor Neta Snook. In December of that year, she passed her flight test and earned a National Aeronautics Association license.

On June 1, 1937, Earhart took off with Fred Noonan from Oakland, California on an attempt to circle the globe. Earhart and Noonan landed on Lae, New Guinea to refuel. They left Lae on July 2nd and were never seen again. The History Channel lists some theories as to what might have happened Earthart and Noonan. 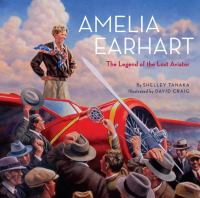 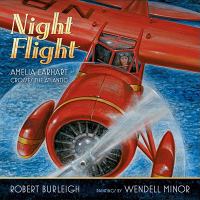