Books are a gateway to learning about aspects of our world that we may have otherwise never known about. Some stories take us to locations we’ve haven’t visited, while others give us insight into characters whose lives and identities are different from our own. Unfortunately, there have been many powerful stories that have been banned and challenged in schools and libraries across the country.

The Associated Press reported that the American Library Association has documented 681 challenges to books through the first eight months of this year, involving 1,651 different titles. In all of 2021, the ALA listed 729 challenges, directed at 1,579 books. And because the ALA relies on media accounts and reports from libraries to document these numbers, the true number of challenges to books is likely much higher.

Books across all genres and reading levels are challenged and banned across the nation. These are ten major reasons why books are banned according to the official Banned Books Week website.

From popular, modern stories to tried and true classics, no book is safe from a possible challenge or ban. Below is a list of some of the American Library Association’s most challenged books, as well as some other books that may surprise you! Gender Queer by Maia Kobabe – The author, who identifies as nonbinary and uses the pronouns e/er/eir, shares their journey of exploring eir gender identity and sexuality through this illustrated memoir. Published in 2019, this book has been challenged because it was considered sexually explicit, and for containing LGBTQIA+ content.

The Hate U Give by Angie Thomas – Published in 2017 and inspired by the Black Lives Matter Movement, the book follows the story of Starr Carter, who witnesses her friend’s death at the hands of a police officer. This book has been challenged for profanity, violence, and for the belief that it promotes an “anti-police message and the indoctrination of a social agenda.”

The Absolutely True Diary of a Part-Time Indian by Sherman Alexie – This popular and controversial YA novel was published in 2007. It follows the story of Junior, a Native American teenager who attends a predominantly white high school. This book has been banned and challenged for profanity, sexually explicit content, and the usage of racist langauge.

My Mom’s Having a Baby! by Dori Hillestad Butler – Published 2005, the story follows a young girl curious about her mother’s pregnancy. This book has been challenged for being inappropriate for children for nudity and sex education, as it offers accurate depictions of male and female bodies to inform children about sex and childbirth. The Kite Runner by Khaled Hosseini – Published in 2003, this book follows the story of a young boy living in Kabul during several tumultuous years in Afghanistan, including the collapse of the monarchy due to Soviet invasion and the eventual rise of the Taliban. The book has been banned and challenged for religious viewpoints, violence, sexually explicit content and profanity.

The Hunger Games series by Suzanne Collins – The popular YA book series is no stranger to the banned books list. The first book in the series was published in 2008 and spawned a wildly successful movie franchise. It has been challenged and banned for violence, sexually explicit content, religious viewpoints, profanity and for being inappropriate for its age group.

The books we read can challenge us to engage with difficult content. But the conversations around these stories can expand our worldview and deeply impact our lives. How many banned books have you read? The American Library Association lists their Top Ten Banned Books every year. Consider picking up a banned book for your next read, and learn more about how you can advocate for books in your community here.

Alison Robles is a part-time clerk at the Crestwood Library. She is an avid reader with a passion for fantasy, history and science fiction.  A Yonkers native, she graduated from Iona University in 2020 with a dual-degree in Marketing and Public Relations. 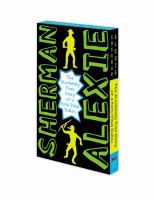 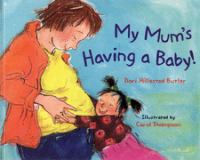