Black History Month is an annual observance that celebrates achievements by African Americans and recognizes their central role and contributions to American history. Since 1976, every President of the United States has designated February as Black History Month. It is also observed abroad in countries such as Canada and the United Kingdom.

The origin of Black History Month begins with historian, publisher and editor Dr. Carter G. Woodson, the Father of Black History. Dr. Woodson founded the Association for the Study of Negro Life and History (ASNLH), now called the Association for the Study of African American Life and History.  The ASNLH was dedicated to researching and promoting the achievements of African Americans. In 1926, Dr. Woodson instituted Negro History Week, coinciding with the birthdays of Abraham Lincoln and Frederick Douglas. For many years afterwards, Negro History Week was celebrated by mayors throughout the United States.

In the late 1960s, the wide-spread transition from Negro History Week to Black History Month was influenced by the impacts of the Civil Rights movement with the month-long celebration increasingly observed on many college campuses. In 1976, President Gerald Ford became the first U.S. president to recognize Black History Month and has been celebrated since then. 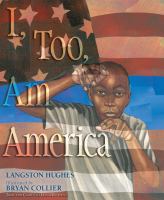