The History of LEGO

When you think about the toys you played with as a child, there’s a good chance that you spent time building with LEGO bricks.

From simple square houses to complex skyscrapers, LEGO bricks can build it all. The colorful plastic bricks have captured the imagination of children and adults alike across several generations. Babies play with chunky Duplo blocks. Children love to watch movies like “The Lego Batman Movie” and play games like “LEGO Marvel Superheroes”. Adults compete in contests like the “LEGO Masters” tv show. This little toy has continued to make big waves in pop culture. But where did LEGO bricks come from?

The LEGO Group’s history begins in Billund, Denmark in 1932 in a wooden toy workshop. In 1936, the company was named LEGO, after the Danish phrase “leg godt”, which means play well.

After years of prototypes, the LEGO brick as we know it today was released in 1958. The unique design of interlocking studs made it unlike any other building block. LEGOs caught on quickly, branding itself as a toy for everyone, no matter their gender or age. LEGOs offered unlimited ways to play wherever your imagination could take you.

LEGOs continue to capture the hearts and minds of people everywhere, including us here at the Yonkers Public Library. We have several events at all of our branches for LEGO fans both young and old to let their imaginations run wild. We hope you’ll join us for an afternoon of creative fun! 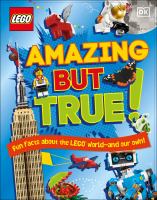 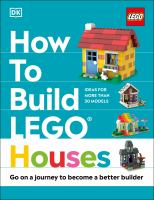 Alison Robles is a part-time clerk at the Crestwood Library. She is an avid reader with a passion for fantasy, history and science fiction.  A Yonkers native, she graduated from Iona University in 2020 with a dual-degree in Marketing and Public Relations.