Frank Miller, famous graphic novel writer and artist, was born January 27, 1957 in Olney, Maryland. Growing up in a large Roman Catholic family, he had an interest in comics immediately as a child. His career started out largely as an artist, but as his notoriety grew, Miller began to write for the stories he was creating. Eventually, he even began to help make movies based off these same works.

Miller entered the literary world by first being hired as an artist for the graphic novelization of the Twilight Zone television series in 1978. He then took a turn at DC comics before moving to Marvel where his name finally began to gain traction. While working on The Spectacular Spider-man, Miller’s interest focused on the character of Daredevil. In 1981 he was given the job to both draw and write the vigilante hero his own comic. Miller decided to go with a notably darker take on the story, which helped solidify the persona of Daredevil we know today. It also inspired many other artists to follow his footsteps both in narrative and artistry. His lucrative career at Marvel included also working on the comics of Elektra, Wolverine, and Ronin.

Another (large) notch in Miller’s belt came with his return to DC and his work on Batman: The Dark Knight Returns in 1986. His mature take on the caped crusader in this arc has been said to redefine the character as whole and remains today as one of the top selling DC comics. Further writing for this particular superhero, he then released Batman: Year One in 1987, which became another financial and critical success still read and purchased to this day.

During the 1990s, MIller’s interests still remained with his beloved comics. Under contract with Dark Horse Comics, in 1991 he released the first Sin City story, a noir comic that officially became its own graphic novel series after being so well received. Like the superhero tales he wrote in the past, Sin City is a dark and gritty story focusing on an underworld of crime and other sins in a fictional city influenced by Los Angeles. Miller spent most the decade building this world and characters. Mill released an unrelated Sin City comic in 1998, but just as well known. Working with fellow artist Lynn Varley, they created 300, a graphic novel depicting the ancient Spartan Battle of Thermopylae.

Miller’s delve into the world of Hollywood was successful in some aspects, but not so much in others. His first ventures were co-screenwriting for Robocop 2 (1990) and Robocop 3 (1993), both of which were received poorly by critics and audiences. His original ideas for the sequel had in fact been so drastically cut, that they had been later used in a 2003 adaptation comic, Frank Miller’s Robocop. Miller’s movie success came with the adaptations of some of his original comics. In 2005, Sin City was released with a star studded cast that included Bruce Willis, Jessica Alba, Mickey Rourke, and many others. Miller served as co-director for the picture. In 2014 a follow up was filmed, Sin City: A Dame To Kill For, which Miller again co-directed as well as wrote the original screenplay. 300 (starring Gerard Butler and Lena Headey) received its own adaptation in 2006 with Miller filling the role of producer. Though not directly involved, many of the other comics he had written were made into their own film versions such as Daredevil (2003 with Ben Affleck), Elektra (2005 with Jennifer Garner), and the animated Batman Year One (2011). ​​Most recently, he helped illustrate the story Cursed (2019), a retelling of Arthurian Legend that Netflix premiered the first season on their streaming service only one year after publication. ​​

What better way to celebrate Frank Miller’s birthday than by starting one of his memorable comic series or watching a film based on them? You can find many of the titles mentioned above as well as others by Miller on Overdrive, Libby, and Hoopla as well as clicking on them below to see what library you can borrow them from or put a hold on. And don’t forget to wish this beloved author a Happy Birthday on January 27!

“The world doesn’t make sense until you force it to.” – Frank Miller

Written by Margaret Andracchi
Reference Librarian, Will Library
Has now finally connected the dots of why I like both Batman and Daredevil so much (#superheroeswithoutsuperpowers) 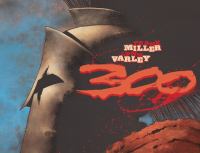