Jane Austen, the author of Pride and Prejudice, was born December 16, 1775. One of eight children, she grew up in Hampshire, England where she also died in 1817. Austen was raised by her mother and father who greatly encouraged their children’s education and creativity, hers being a passion for writing. No wonder, then, most of her works are still widely read today and have been republished too many times to count.

Known for having independent women characters navigating the social world of middle class England, Austen’s works are comedic, thoughtful, and, of course, romantic. Often visiting Bath and London herself, the stories’ settings also featured here and other parts of England. Strong family relationships she depicted mirrored her own household, especially that with her older sister whom she was most close to. Ironically, though Austen has written some of the literary world’s most famous love stories, she herself never found such a thing and lived her life unmarried.

Interestingly enough, Austen’s first published works were done so anonymously (understandable, considering women and writing weren’t very accepted back then). It was only after her death did the world finally know the name of this talented author. The four written under this mask of mystery were Sense and Sensibility (1811), Pride and Prejudice (1813), Mansfield Park (1814), and Emma (1815). So popular, the last had even been dedicated at the request of royalty at the time, King George IV (though it was also known Austen had little respect for him). It was after her death that her brother revealed her identity along with the publication of two more of her famed works, Persuasion and Northanger Abbey (1817). Sanditon (1817) remains Austen’s last work, and an unfinished one at that. She grew increasingly ill during this time and eventually died due to what historians now believe to be Addion’s Disease.

Though Austen’s literary prowess hadn’t been widely acknowledged during her time, the same can’t be said in the years to come. Her works have been adapted over and over again by both books and film, with a new generation always wanting a go at retelling a story. Pride and Prejudice, for one, has the iconic mini series starring Colin Firth (1995) as well as the feature film with Keira Knightly and Matthew Macfadyen (2005). Emma has had stars Gwenyth Paltrow (1996) and Anya Taylor-Joy (2020) in the titular role while Sense and Sensibility has a star studded cast led by Emma Thompson and Kate Winslet (1995). Even popular films such as Clueless (1995) and Bridget Jones Diary (2001) were inspired from Austen’s stories! (And if you’re looking for something a little more out of the box, Pride Prejudice and Zombies isn’t a half bad, both the book and the film).

What better way to celebrate Jane Austen’s birthday than by taking an afternoon to read or watch any of her works, adaptations, or retellings? You can find many of the titles mentioned above as well as others inspired by Austen on Overdrive, Libby, and Hoopla as well as clicking on them below to see what library you can borrow them from. And don’t forget to wish this beloved author a Happy Birthday on December 16!

“The person, be it gentleman or lady, who has not pleasure in a good novel, must be intolerably stupid.”
― Jane Austen, Northanger Abbey

Written by Margaret Andracchi
Reference Librarian, Will Library
Would personally appreciate a new retelling of Pride and Prejudice every year 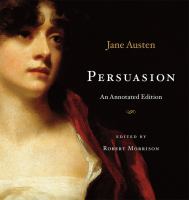