Maya Angelou was born on April 4, 1928. Arguably one of the most well known names in literature, let alone history in general, she has a list of endless accomplishments from serving as a civil right activist, author, and performer. She has penned stories, poems, plays, and essays, as well as succeeding in directing, teaching (she was given 30 honorary degrees!), acting, and singing. It seemed Angelou’s talents knew no limits and are still echoing to present times as it was announced she would be featured in the American Women Quarters Program being released this year.

Angelou’s momentous stamp on the world occurred in 1969 with the publication of “I Know Why the Caged Bird Sings”, an autobiographical work she is most renowned for. Yet even before then, she was already making meaningful impacts on the world. In San Francisco 1942, when Angelou was sixteen years old, she became the first Black female cable car conductor. During the 50s she worked on various entertainment productions, including an opera, plays, and albums. Entering into the realm of Civil rights, Angelou began her work with Dr. Martin Luther King in 1960 when she became the northern coordinator for the New York office of the Southern Christian Leadership Conference. During this time she also organized the “Cabaret For Freedom” which raised funds for the Civil Rights movement through poetry and other forms of entertainment. She had additionally collaborated with Malcolm X in his efforts to form the Organization of Afro-American Unity.

It is obvious her career was full of one shining example after another, but Angelou’s past had many dark facets to it. Born in St. Louis, Missouri where she grew up in addition to Stamps, Arkansas, Angelou faced time and time again the unfairness of a world unaccepting of her skin color. Even her home life proved to be as cruel, as her parents were separated and hugely absent in her and her brother’s life. Raised mainly by a grandmother, Angelou’s closest bond was to her brother, Bailey. At one point during her childhood, assumedly at the age of seven, Angelou was raped by her mother’s boyfriend during a visit. This horrifying event led the attacker to be murdered by one of her uncles in an act of revenge and for Angelou herself to go mute for six years after being convinced her confession during the trial led to his death.

“I Know Why the Caged Bird Sings” depicts this traumatic time for Angelou, and serves as the first of a series of books continuing to detail her life. Following this famed work, Angelou’s presence in the world grew and grew. She wrote the screenplay for “Georgia, Georgia” (1972) which was also nominated for a Pulitzer Prize. This made her the first African American woman to have written something to actually be filmed. She won a Grammy three times in the Best Best Spoken Word Or Non-Musical Album category, first in 1993 for “On the Pulse of Morning”, in 1995 for “Phenomenal Woman”, and finally in 2002 for “A Song Flung Up To Heaven.” The film “Down in Delta”, which premiered in 1996, served as Angelou’s debut as a director.

It isn’t hard to believe Angelou received many honors for her many contributions. In 2000 she received the Presidential Medal of Arts from President Bill Clinton. She in fact spoke at Clinton’s inauguration back in 1993, reciting her Grammy winning poem  “On the Pulse of Morning”. Doing so made her the first African American and woman to speak at such a function. The Presidential Medal of Freedom, the highest civilian honor in this country, was given to Angelou in 2010 by President Barack Obama. The many buildings and charities named after her would be too much to list, so you might spend a fun afternoon researching them! Sadly, Angelou passed away at the age of 86 in 2014. All that was known is she had been in poor health for sometime, and suffering heart ailments. Her only child, son Guy Johnson, also sadly passed away this past February. Her last tweet read: “Listen to yourself in and in the quietude you might hear the voice of God.”

What better way to celebrate Maya Angelou’s birthday than to read, watch, or listen to any of her wonderful works? She even has penned some cookbooks for those who like using their hands! And be sure to be on the lookout for her history making quarter, now currently in circulation. Be sure to find her works on Libby and Hoopla as well as clicking on them below to see what library you can borrow them from. And don’t forget to wish this beloved author a Happy Birthday on April 4!

Written by Margaret Andracchi
Reference Librarian, Will Library
Used to collect quarters when they featured all the states, but did not get even close to twenty-five 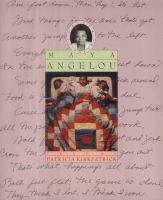 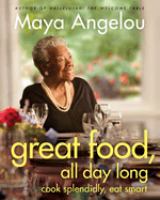 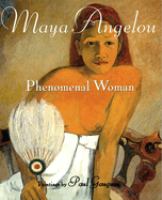