Neil Gaiman was born on November 10, 1960. Born and raised in England, he always held a large affinity for reading and writing, and was known to spend his days at the local library. His career in writing began as a journalist until his first publication in 1988, a biography on the musical group Duran Duran. This started his long career of creating many loved stories today, known for their dark tones and humor.

Gaiman followed up this first publication with the graphic novel co-created with artist Dave McKean, Violent Cases, in 1987. A collection of short stories focused around a main character, the story follows a young boy recalling his relationship with his father and methods used on him by an osteopath. The tale was nominated in 1992 for the Harvey Award for “Best Graphic Album: Previous Released Material” and served as an introduction of both Gaiman and McKean into the world of comic books. Following this success, DC comics took an interest in their talent and hired them to create the limited series comic book, Black Orchid (1988). It mirrored the darker and grittier mood comics were making during this time, and included famous DC characters such as Batman and Lex Luthor.

Monumental success came in 1989 with Gaiman’s release of the comic series, The Sandman. It centers on the otherworldly being Morpheus, an all powerful entity known to be the king of dreams and nightmares. Stripped of his powers by a group of humans, the Sandman starts his quest to regain his power and status, do some self inspection after an eternity of existence, and interact with a plethora of unique characters. The story was dark in its tone, mature in its plot lines, and quite unlike any one had ever seen at the time. “Groundbreaking” is the word that’s thrown around most frequently. The 75 issue work has been nominated for many awards, including the World Fantasy Award for Best Short story in 1991, making it the first comic book to ever be honored. It also has been listed on Entertainment Weekly’s “100 Best Reads from 1983 to 2008”. Netflix recently adapted it into a television series last August with Tom Sturridge in the titular role. The project had a long history of speed bumps, from halts in production to almost being a film, but the finished product received generally positive reviews (86% on Rotten Tomatoes) and was Netflix’s top watched show for a time. It has also been renewed for a second season.

Gaiman was involved in another golden team up in 1990 with author Terry Pratchett, which resulted in the creation of the novel Good Omens: The Nice and Accurate Prophecies of Agnes Nutter, Witch. Following the unlikely friendship between an angel and demon, Aziraphale and Crowley, the two try to save earth from an armageddon though both heaven and hell are against them. The story received multiple nominations and was adapted into a mini series by Amazon in 2019. (It can also be burrowed on DVD by clicking here). Martin Sheen and David Tennant starred as the biblical odd couple. It currently holds a 84% approval rating on Rotten Tomatoes and was nominated for three Emmy Awards.

Neverwhere was a mini series released on BBC in 1996 lead by Gaiman, who then wrote the novelization of the film the same year. It was a fantasy tale that focused on the existence of “London Below”, a magical place juxtaposed to the normal “London Above”. In 1999, Gaimn released Stardust, another fantasy centered around a young man’s quest to save a star while fighting dark forces who would use her for selfish reasons. It was adapted into a film in 2007 starring Claire Danes, Charlie Cox, Michelle Pfeiffer, and Robert De Niro. American Gods (2001) became another bestseller, the story focused on the mysterious character Shadow who finds himself in a war between the ancient gods of mythology and the modern gods of the new era. It won the Bram Stoker Award, among other accolades, and was nominated for the British Science Fiction Association Award. Starz adapted it into a television series in 2017 starring Ricky Whittle and Ian McShane, but it only lasted for three seasons before being canceled.

Gaiman has also written a number of children’s books. His most well known is probably Coraline which was published in 2002. A novella, Coraline is about a curious and neglected young girl with workaholic parents who finds an “other” world, a twisted mirror to her own reality. While initially full of fun and magic, she quickly finds this place is more dangerous than it appears. Though the story has been critiqued as too scary for a younger audience, children and adults alike flocked to it and its stop motion adaptation in 2009 starring Dakota Fanning and Teri Hatcher. It was included on the “100 Best Books of the 21st Century” by The Guardian and won both the Hugo and Nebula awards for best novella.

While these are only some of Gaiman’s best selling titles, his bibliography contains much, much more. His writing career has not slowed down and he has continued to publish novels as well as be involved in the world of comic books and children’s literature. His skill even reached into the Young Adult genre with the release of the The Graveyard Book (2008) that earned him a Newbery Medal. If you are interested in fantasy, Gaiman is certainly up your alley, even more so if you like some darker twists and turns. You can find many of the titles mentioned above and others on Libby, Hoopla, and Kanopy as well as clicking on them below to see what library you can borrow them from. And don’t forget to wish this beloved author a Happy Birthday on November 10th!

Written by Margaret Andracchi
Reference Librarian, Will Library
Embarrassed to admit I have not read any of Gaiman but have seen all the mentioned film/tv adaptions (save Neverhwere) and recommend them all! Stardust especially if you’re a Princess Bride fan! 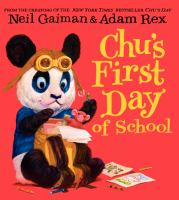 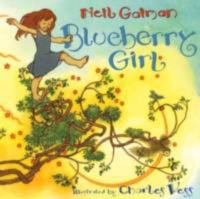