S.E. Hinton, full name Susan Eloise Hinton, is considered one of the greatest writers of young adult literature, and is often credited with starting the genre. Born July 22, 1950, she grew up in the slow town of Tusla, Oklahoma. Presented with limited options of entertainment, she turned to reading and writing. Hinton became so passionate about these interests, that her first and most famous work was written at the age of sixteen while in high school. Her works, deemed inappropriate by some at the time, are now critically acclaimed and have appointed Hinton as a leading voice in young adult literature.

Published 1967, The Outsiders propelled Hinton into instant stardom. At the time, there had been no real established parameters to young adult literature and what being a part of the genre entailed. Most available for that age group at the time were “cliche” love stories that Hinton herself was not too interested in, and instead wanted to read something more realistic. So she took from her own experiences, depicting the class struggle within her high school between “socs” and “greasers”, and the very real and violent conflicts that can arise from it. The book gave a voice to characters of a younger age, and showed how their lives and emotions are just as strong and valid as any adult. Due to its darker tone, the book was considered inappropriate and even dangerous by some groups, and is still even banned in some locations. But its success was hard to stop as it sold over 4 million copies in the US and has been included in many school curriculums. In 1975 it was also honored as one of the ALA Best Young Adult Books.

Hinton hyphenated her name to S.E. at the suggestion of her publisher to make sure boys would read the book and not be discouraged at the prospect of a female author. Since then she has stuck with the decision, as her fame has been built under the title S.E. and changing it might cause some disruptions or confusion among readers.

The Outsiders introduced a great many things to Hinton’s life. The money allowed her to attend the University of Tusla which then led her to meeting her future husband David Inhofe. Eventually they would have a son together, Nicholas. It is well known, though, Hinton hit a writer’s block after her first novel. This slump was gotten over by 1971 with the publication of That Was Then, This is Now, a story of two brothers who take drastic different paths in life. Rumble Fish would follow in 1975, which again explores the theme of growing up and the struggles a character faces in terms of finding their identity. Tex (1979) echoed its predecessors with a story of brothers left to raise themselves in a life plagued by drugs, violence, and understanding their place in the world. Another coming-of-age novel, as well as her last YA story, was the Taming the Star Runner (1988).

Moving away from the genre of YA, Hinton also wrote Children and Adult books. Reflecting the love for her son, she created Big David, Little David and The Puppy Sister (1995). For an adult audience, there is the dark thriller Hawkes Harbor (2004) and Some of Tim’s Stories, a collection of short stories (2007).

Movie adaptations were soon to follow the stories the world continues to love. Hinton helped advise on all of them. In 1983, The Outsiders was released by director Francis Ford Cappola and to say the cast was star studded is putting it mildly. Big names lead the film such as Patrick Swyaze, Matt Dillon, Tom Cruise, Rob Lowe, Emilio Estevez, Ralph Macchio, and Diane Lane. In 1983 Cappola again helmed the role of director for the adaptation of Rumble Fish. Matt Dillon and Diane Lane returned to their second Hinton production, alongside Mickey Rourke, Nicholas Cage, Larry Fishburne, and Dennis Hopper. Hinton also co-wrote the script. Dillon returned to star in another film adaption with Tex (1982) alongside Jim Metzler, Meg Tilly, and Bill McKinney. Finally there was That Was Then…This is Now in 1985 starring Craig Sheffer, Emilio Estevez (his third Hinton film), and Morgan Freeman.

What better way to celebrate S.E. Hinton’s birthday than to read her genre defining books? Though known to be a very private person who shies away from social attention, Hinton has never shied away from how much she loves writing. It’s obvious with the way she cares for her characters and the consideration and respect she gives their situations, and her attempt to get the world to acknowledge them as well. For all the work she did for young readers and the YA genre as a whole, she was awarded the Margaret Edwards Young Adult Author Achievement Award by the ALA in 1988. You can find many of the titles mentioned above and others on Libby, Hoopla, and Kanopy as well as clicking on them below to see what library you can borrow them from. And don’t forget to wish this beloved author a Happy Birthday on July 22!

“It seemed funny to me that the sunset she saw from her patio and the one I saw from the back steps was the same one. Maybe the two different worlds we lived in weren’t so different. We saw the same sunset.”

Written by Margaret Andracchi
Reference Librarian, Will Library
Had a focus in YA Literature for my Master’s Degree in English (from Iona College which just recently became Iona University #gogaels) 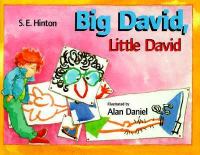