Toni Morrison, world-renowned author, was born February 18, 1931 in Lorain, Ohio. One of four children, she had originally been named Chloe Anthony Wofford. But at the age of twelve she  converted to Catholicism and was baptized under the name of Saint Anthony. From there, the nickname “Toni” was born. Her writing prowess knew no bounds, as she penned anywhere from fiction, to non-fiction, libretto, plays, poetry, and children’s literature, earning her critical acclaim and numerous awards.

Morrison was a highly educated woman, having gone to both Howard and Cornell University before becoming a teacher herself at various different colleges. Yet her works were not only crafted by the use of her intellect, but through her personal experiences as well. Being an African American woman in a time in America where desegregation was a struggle to accomplish, many of Morrion’s personal experiences bled out into her writing. Her contributions to the topics of race and gender (among others) are still applauded till this day.

Morrison’s first published work happened at the age of 39 with the Bluest Eye (1970). The novel focuses on a young black girl obsessed with acquiring the standards of beauty established by white girls. Before then she had worked for Random Publishing house, primarily working with Black authors. Following this title was the publications of Sula (1973) and then Song of Solomon (1977). The latter cemented her title as an popular and influential author, additionally winning her the National Book Critics Circle Award.

History was made in 1993 when Morrison won the Pulitzer Prize for Literature for her novel, Beloved (1987). It is based on the true story of an enslaved African-American woman in 1856 and is generally acknowledged as her most famous and powerful work. Morrison became the first African-American woman to ever receive the honor. The work was later adapted into a film starring Oprah Winfrey and Danny Glover in 1998. (A fun fact, Morrison popped up several times as the choice author for Oprah’s Book Club).

Other note-worthy works by Morrison include Tar Baby (1981), Jazz (1992), Paradise (1997), Love (2003), A Mercy (2008), Home (2012), and God Help the Child (2015). Slade Morrison, her son, helped her dive into children’s literature as the two co-wrote numerous stories together. Morrison’s last work before her death was the nonfiction collection, The Source of Self Regard (2019), which contains many of her famous speeches and essays. Due to pneumonia complications, Morrison sadly passed away at the age of 88 in 2019. Other outstanding honors she received in her life included the US Presidential Medal of Freedom, being named a Living Legend by the Library of Congress, the NAACP Image Award for Outstanding Literary Work, the Glamour Lifetime Achievement Award, and so many more.

What better way to celebrate Toni Morrison’s birthday than reading one of the many (if not all) novels deemed culturally significant to our world and gave a powerful and loud voice to living the Black experience in our society? A successfully received documentary titled Toni Morrison: The Pieces I Am (2019) chronicling her life, works, and thoughts is also available to watch. You can find many of the titles mentioned above as well as others by Morrison on Overdrive, Libby, and Hoopla as well as clicking on them below to see what library you can borrow them from. And don’t forget to wish this beloved author a Happy Birthday on February 18!

“You wanna fly, you got to give up the [thing]that weighs you down.” -Song of Solomon, Toni Morrison.

Written by Margaret Andracchi
Reference Librarian, Will Library
Currently adding some of these titles to her need-to-read list even though that list could really, really use a break…(tackling It Ends with Us at the moment) 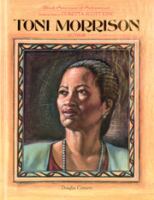 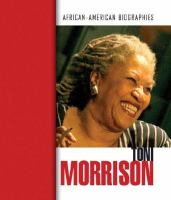 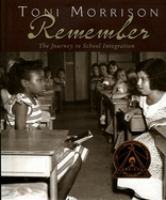 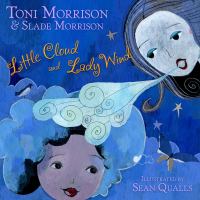 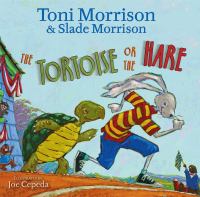