Zadie Smith was born October 25, 1979 in London, England. Originally named Sadie, she changed the spelling to a “Z” when she was fourteen years old. Her father was English and her mother Jamaican, the two eventually divorcing and giving Zadie a half brother and sister, as well as two younger brothers (one being the entertainer Doc Brown). Having a love for writing at a young age, she went on to study English at Cambridge University and began writing her debut album, White Teeth, at 21 years old. This first step would lead to Smith becoming an acclaimed author known for expert portrayals of culture and clever characters.

White Teeth was highly sought out by publishers when Smith submitted an incomplete version of it for auction during her time at University. She would eventually finish the tale during her last year and it was officially published in the year 2000. The story centers around Englishman Archie Jones and Bangladeshi Samad Iqbal and their lives in London. Amidst this backdrop is the treatment of immigrants in England. The book received incredible acclaim and went on to win several awards, including the The James Tait Black Memorial Prize and the Whitbread Book Award (now known as the Costa Book Award). It was also adapted into a British miniseries in 2002, with Om Puri and Phil Davis in the lead roles. The show attracted millions of viewers and was nominated for several British Academy Television Awards.

Smith’s second novel, The Autograph Man, was published in 2002. The theme of people’s harmful fixation on the entertainment world is explored through the story of Alex-Li Tandem who is looking to meet an old movie star. Her third novel followed in 2005 with On Beauty. The work focuses on families struggling to live in a Massachusetts town when faced with questions of ethnicity, political ideals, and race. The work won the Orange Prize for Fiction (now presently known as the Women’s Prize for Fiction) in 2006. Smith continued to create novels that delved into the ideas of identity and how one’s sense of self is affected based on internal and external factors with NW (2012) and Swing Time (2016). NW had been made into a BBC film for television in 2016, the story being: “Twenty years after they grew up in a public housing complex in multicultural northwest London (postal code NW), Natalie and Leah hardly recognize each other. . .. Can the women’s friendship survive a looming crisis in the complex world between fortune and failure, culture and class? (Starring) BAFTA nominee Nikki Amuka-Bird (Luther, Silent Witness) and O-T Fagbenle (The Handmaid’s Tale)…”

In addition to novel writing, Smith also penned many short stories, essays, an play, and even a children’s book. Her play, The Wife of Willesden, premiered in London in 2021 and earned her the award of the Most Promising Playwright at the Critics Circle Theatre Award in 2022. Weirdo and The Surprise, children’s stories, were written collaboration with her husband, Nick. Her collected short stories and essays can be found in several publications, some being: Feel Free (2018) and Changing My Mind: Occasional Essays (2009).

What better way to celebrate Zadie’s Smith birthday than to pick up a copy of one of her insightful and witty stories? Currently, Smith works as a tenured professor of fiction at New York University and continues to make bounds in the literary world. While only some of her awards and honors were discussed in this post, the true list is quite large and definitely a good read to explore more. You can find many of the titles mentioned above and others on Libby, Hoopla, and Kanopy as well as clicking on them below to see what library you can borrow them from. And don’t forget to wish this beloved author a Happy Birthday on October 25th!

“Our children will be born of our actions. Our accidents will become their destinies. Oh, the actions will remain. It is a simple matter of what you will do when the chips are down, my friend. When the fat lady is singing. When the walls are falling in, and the sky is dark, and the ground is rumbling. In that moment our actions will define us. And it makes no difference whether you are being watched by Allah, Jesus, Buddah, or whether you are not. On cold days a man can see his breath, on a hot day he can’t. On both occasions, the man breathes.”

Written by Margaret Andracchi
Reference Librarian, Will Library
Just finished Darling Girl by Liz Michalski, a dark retelling of Peter Pan. It’s going to be the subject of our new book club at Will, Rather Be Reading, on Wednesday 10/25 at 6pm. Come join! 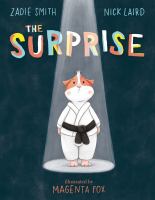