I first became aware of Johnny Thunders when I saw a photo of him in a Gibson Guitar book.  He looked healthy as he wore a black leather jacket, holding his yellow Gibson double cut Les Paul Junior, his guitar of choice. The photo looked like it had been taken in another time, in another world … and it was. I instantly wanted to know everything about him. I learned that he was an unapologetic heroin addict, among other things. He was the lead guitarist for the New York Dolls. He was of Italian descent and he was born in Queens, NY. His real name was Johnny Anthony Genzale. He loved baseball, he loved rock and roll, and he wasn’t as healthy as he looked in that photo.

The first recordings I heard of Johnny Thunders were with the Heartbreakers, a band he formed in 1975 with  Dolls’ drummer Jerry Nolan, guitarist Walter Lure, and bassist Richard Hell. The CD was Live At Max’s Kansas City, a hot New York City venue at the time. The CD is amazing; Johnny’s banter between songs is profane and comical, and the songs are pure rock and roll, with lyrics that are far from being politically correct. This music is not for the faint of heart.

I later discovered their only studio album, titled L.A.M.F.  It was basically the same songs as on the live CD, and while it is a great listen, it’s the live album that truly captures the spirit of the Heartbreakers.

It was soon enough that I learned that the first time the Heartbreakers professionally recorded their music was in Yonkers, at a place called SBS Studio. There was even a bootleg release called the “Yonkers Demo.” I never got to hear it until it suddenly appeared on YouTube.

This demo showed the genesis and evolution of their classic songs. Two songs that stand out in this vein are “Love Comes In Spurts” and “Hurt Me.”

Richard Hell co-wrote some of the songs, but “Love Comes In Spurts” and ‘Blank Generation” were his songs. He eventually had a falling out with the other Heartbreakers and he took his songs with him. However, the Heartbreakers kept the melody for “Love Comes In Spurts” and turned it into the amazing “One Track Mind.” So it’s fun to witness this dichotomy.

Bassist Billy Rath took Hell’s place in the band; he was quiet and stayed out of the way.

Yonkers Demo was finally officially released in 2019 and it is available at the Yonkers Public Library. It’s a great CD and it also comes with live tracks from various venues. Some other songs that stand out are a raw version of “Hurt Me,” Hell’s “Blank Generation,” and my favorite Johnny Thunders song, “So Alone.”

The last surviving member of the band, Walter Lure, released an autobiography in 2020 titled To Hell and Back: My life in Johnny Thunders’ Heartbreakers, in the words of the last man standing. He mentions recording the demo at SBS Studio in Yonkers. After much research, that was all I could find out. Lure did mention in his book that he dated a woman from Yonkers; perhaps that is a link? But no clear reason is given. What made these guys from Queens go “up to Yonkers” to make a demo?

Also, where is SBS Studio? Is it still around? Where was its location anyhow? Information has been hard to find, but I’ll keep looking and maybe visit the spot where it stands—or once stood.

Lure was in fact the last man standing, as the band lived hard. Johnny was the first to go, then Jerry Nolan, followed by Billy Rath in 2014. Lure just passed away on August 21st of 2020.

There is an excellent biography of drummer Jerry Nolan, titled  Stranded in the Jungle: Jerry Nolan’s wild ride—a tale of drugs, fashion, the New York Dolls, and punk rock.

Unfortunately there is no exclusive biography on Johnny Thunders. However, we have his music, video archives, and our memories. But as Johnny famously wrote, “You can’t put your arms around a memory, so don’t try.” 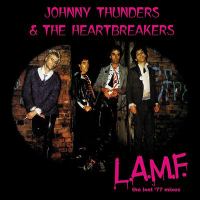 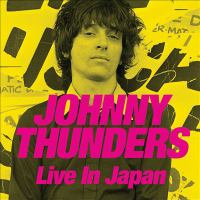