We remember the legacy of President Abraham Lincoln on February 12, Lincoln’s Birthday.  The earliest known observances of Lincoln’s Birthday can be traced back to the 1870’s. Since the dedication of the Lincoln Memorial in 1922, the Military Order of the Loyal Legion of the United States and the Lincoln Birthday National Commemorative Committee organize an annual wreath laying ceremony at the site in Washington, D.C.

Abraham Lincoln was born on February 12, 1809 in Hardin County, Kentucky.  He held different jobs, including postmaster and shopkeeper before winning election to the Illinois House of Representatives in 1834. Lincoln taught himself law and passed the Illinois bar exam in 1836. He won a seat in the United States House of Representatives in 1846 as a member of the Whig party. Lincoln spoke against the Mexican American War,  making him unpopular with his constituents.  He did not seek reelection and returned to Springfield, Illinois in 1849 working as a prairie lawyer.

In 1858, Lincoln sought election to the United States Senate as a Republican. As part of his campaign he participated in a series of debates against Stephen Douglas. In these debates, he denounced slavery and the Kansas-Nebraska Act. He called slavery a violation of the tenets of the Declaration of Independence. Though he lost the Senate race, the debates earned him national acclaim.

Lincoln ran for President in 1860 and won. In March of 1961 he was inaugurated as the President of the United States. Despite his call for national unity, the Southern states seceded, and the country descended into Civil War. In 1863, Lincoln issued the Emancipation Proclamation, declaring slaves in the Confederate states free. The complete abolition of slavery in the United States would come with ratification of the 13th Amendment of the Constitution on December 6, 1865.  Although Lincoln worked vigorously to pass the 13th Amendment, he did not live to see it enacted; he was assassinated on April 15, 1865.

The Emancipation Proclamation and his effort in passing the 13th Amendment through Congress were not Lincoln’s only accomplishments; he is known for his leadership during the American Civil War and powerful, succinct speeches. These include his First Inaugural Address , The Gettysburg Address , and Second Inaugural Address.

To learn more Abraham Lincoln, please take a look at our recommended reading list. These books can placed on hold and picked up at one of the branches of the Yonkers Public Library. 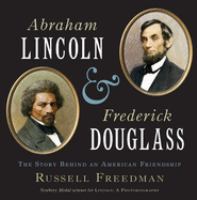 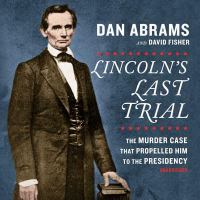 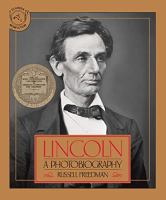