National Screenwriters Day is celebrated on January 5th to recognize the creativity and hard work of the screenwriters who bring words to life from page to screen.

Modern screenwriting for film as we know began in the silent film era, where scripts provided structure and action for scenes. As filmmaking strategies evolved, the role of screenwriters expanded. Scripts were a precise plan for how a movie would be filmed, and based on the level of action or detail in the script, filmmakers could determine what budget they would need to shoot the film. When sound came to films, dialogue became a vital aspect of screenwriting. Nowadays, screenwriting is as much of an art form as it is a necessary part of filmmaking.

Maybe you’re a fan of films or maybe you want to try your hand at writing your own screenplay. You can find the resources to get started on your screenwriting journey at the Yonkers Public Library. Take a free online course on screenwriting through Gale Courses. Gain some inspiration by watching and discussing popular movies at the Riverfront Library this month like The Woman King on January 7th, Nope on January 14th, or Black Adam on January 21st. Be sure to check out some of these screenplays and screenwriting guides from your local branch, too. 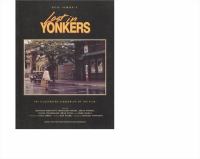 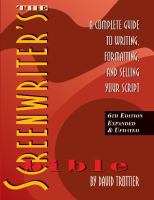 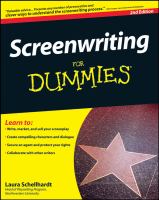