“Sometimes the smallest things take up the most room in your heart.”

This charming quote might remind you of your favorite cup of tea, a young family member, a beloved animal or a well worn sweater. It feels like age old wisdom. The little things in life can carry the most meaning for us. You might be surprised to learn that this quote, and many others, comes from a silly old bear named Winnie the Pooh.

National Winnie the Pooh Day is on January 18th, which his creator A.A. Milne’s birthday. The beloved bear from the Hundred Acre Woods has an interesting history inspired by a real life bear.

The original Winnie was a bear cub purchased by Canadian soldier Henry Colebourn in Ontario before he left for training in England during World War I. Winnie traveled across the Atlantic and became a mascot for the regiment during their training, but when the soldiers were being sent to France, Winnie was placed in what would become her permanent home at the London Zoo.

Winnie quickly won the hearts of visitors to the zoo, especially children. Because she had been so exposed to humans as a cub, Winnie was incredibly friendly. Zoo-goers could hand feed her and children could even ride her back. One of Winnie’s most frequent visitors was none other than Christopher Robin, A.A. Milne’s young son.

Christopher Robin named his own stuffed bear “Winnie-the-Pooh”, a combination of Winnie’s name and the name of a friend’s pet swan. A.A. Milne was directly inspired by Winnie-the-Pooh and his son’s beloved stuffed animals, and he published the first full volume of stories in 1926.

A.A. Milne’s Winnie-the-Pooh tales have remained wildly popular for nearly 100 years. The stories have never been out of print and have sold millions of copies. A Latin translation – Winnie ill Pu – was published in 1958 and became a New York Times Bestseller.

Many people are familiar with Disney’s version of Winnie-the-Pooh, recognizable for his iconic red shirt. Disney is known for its numerous Winnie books, movies and even a stage musical adaptation.

Now, 141 years after A.A. Milne’s birth, we celebrate the beloved, sweet and wholesome stories of a small bear who takes up room in the hearts of many around the world.

Be sure to check out some of these Winnie-the-Pooh stories from your local library branch. 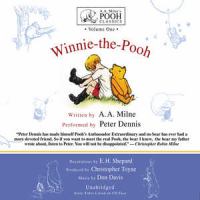 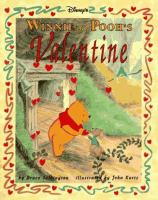 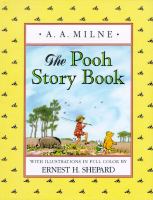 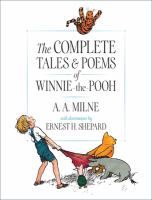 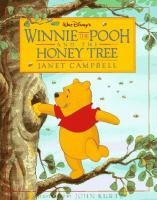