International Holocaust Remembrance Day will be commemorated on January 27th. To hear personal stories of people who were victims of the Holocaust, witnessed it, or to learn about this traumatic period of history, 12 Years That Shook The World (created by the United States Holocaust Museum) is an excellent choice.  So far, I listened to three of its eight episodes. The first one I listened to is about Emmanuel Ringelblum who created an archive while he was in the Warsaw Ghetto. The next is about the United Nations adoption of the 1948 Convention on the Prevention and Punishment of the Crime of Genocide. The final episode describes the witnessing of genocide by a Nazi SS officer and how he took subtle actions to prevent the murder of Jews. 12 Years that Shook the World is an excellent podcast that will further educate listeners about the Holocaust.

Emmanuel Ringelblum was a historian and educator that was imprisoned in the Warsaw Ghetto. While he was  there, he transcribed the suffering of Jews experienced in the ghetto. The horrible conditions described included starvation, disease, and acts of brutality by the Nazis. Ringleblum knew what was happening to the Jews had to be written down and preserved in an archive. He and a group of archivists hid parts of the archives throughout the ghetto to prevent the Nazis from finding them. Most of them were found and preserved after the war. Unfortunately, Ringleblum and his family, like thousands of Jews in the Warsaw Ghetto, were executed by the Nazis. Though acts of genocide can be difficult to listen to,  it is important to do so in order to preserve the memory of those who lost there lives during the Holocaust.

In episode two, you learn about the 1948 Convention on the Prevention and Punishment of the Crime of Genocide. With the signing of this document, the United Nations pledged to act on behalf of those experiencing genocide. The host talks about how this doctrine was not put into practice during the Cambodian Genocide, the Darfur Genocide, and Rwandan Genocide. There is a discussion in this episode as to why no actions were taken to protect these victims and how the United Nations should address genocide in the future. After listening to this, you will be inspired to advocate for amendments to be made to the Convention on the Prevention and Punishment.

The last episode that I listened to is about SS Officer Kurt Gerstein who was appalled by acts committed during the Holocaust. While working in a concentration camp, Gerstein witnessed Jews being gassed by fumes from a truck. He was responsible for delivering the poisonous gas Zyklon B to a death camps. Knowing that the container would be used to kill Jews, he discarded the shipment and told SS leadership there were problems with them. Gerstein additionally reported what was happening in concentration camps to officials in Vatican City and even to the Dutch Underground. I was astonished to learn that a SS officer took these actions to prevent genocide. This story, along with so many others in the podcast, was astonishing to listen to.

12 Years That Shook The World is a podcast that fits into any curriculum about the Holocaust. Scholars are interviewed in every episode that I listened to and they discussed their extensive research. They tell stories about the Holocaust that you may not know about.  At times they are graphic, but it is impossible to talk about this period in history without discussing atrocities. I highly recommend this podcast to anyone who wants to learn more the Holocaust.

You can listen to 12 Years That Shook The World on the podcast website or apps such as Spotify, Apple Podcasts, Google Podcasts, and many others.

In addition to listening to this podcast, take a look at our curated book list to learn more about the Holocaust. These books can be placed on hold and picked up at any branch of the Yonkers Public Library. 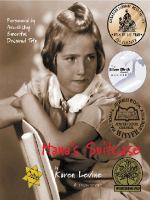 Grinton I. Will Library