All YPL locations will be closed Sunday, May 29 and Monday, May 30 in observance of Memorial Day.

The podcast Hello, Nature is about Misha Euceph’s exploration of U.S. National Parks. She describes what it was like for her being at national parks for the first time. Besides talking about the beauty of them, Misha talks how immigrants shaped some of these parks. This was especially the case at Yosemite where Chinese laborers  created massive roads in rugged terrain. Misha has discussions with scholars about the controversial history of some of the founders of U.S. National Parks, including John Muir and Theodore Roosevelt. In this fun and interesting podcast, you will learn about gems of U.S. National Parks that you may not know about.

In the first episode of Hello, Nature, Misha describes being at Yosemite National Park. She is understandably stunned and in awe of the beauty that she witnesses. Even though she is exhausted from a hike, she is amazed by sight of Yosemite Falls and the view she sees from there. The parts where Misha describes the landscape will make you want to travel to Yosemite and witness the beauty she saw. You will be amused at her reaction to seeing a bear while she is hiking.

During her trip to Yosemite, Misha interviewed Park Ranger Yenyen Chan about the role Chinese laborers played in developing roads there. Chan describes the grueling work that they did to build the Wawona and the Tioga Roads. They built these roads with limited machinery and on treacherous terrain. The Wawona Road was even built during the Winter. Misha and Chan also discuss Tie Sing. Sing was a cook with the United States Geological Society. He provided delicious meals for his team and mapped out trails at Yosemite. For his work in Yosemite, the Sing Peak is named after him. This part of the podcast is interesting and makes you appreciate the amazing work Chinese immigrants completed in Yosemite National Park.

Misha has thought provoking conversations with scholars about controversial actions and remarks made by founders of national parks including John Muir and Theodore Roosevelt. Misha questions whether they should be acknowledged despite making racist comments and hunting aggressively.  Scholars do a great job of answering this question and listeners were enjoy listening to them articulate their thoughts.

So far there is only one episode of Hello, Nature. There is seven more episodes of this podcast that you will be eager to listen to after you finish the first one. Hearing about the breathtaking landscapes and hikes of Yosemite are fascinating and will make you want to travel there. The cultural history of Yosemite is equally interesting. You will learn about people you may have never knew existed like Tie Sing. The uncomfortable history of our past is analyzed by scholars and you will learn a lot from what they say. This is a podcast fans of the outdoors and national parks will not want to miss.

Due to the profanity in parts of this podcast, it is recommended for adult audiences only.

This podcast can be listened to podcast apps. such as, Apple Podcasts and Spotify.

It can also be listened on at GreatPods.co.

To learn more about Yosemite National Park and other parks in the U.S., take a look at the materials below. They can be placed on hold and picked up at the library. 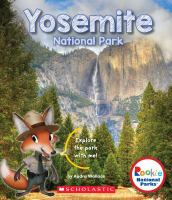 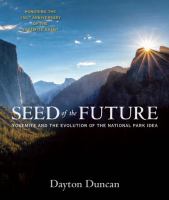