April 9 will mark the 156th anniversary of the American Civil War. The conflict began on April 12, 1861 and ended on April 9, 1865. Approximately 620,000 Americans were killed in this war, which is a larger loss of life than any other wars Americans have fought in. The Key Battles of the Civil War podcast provides background to origins of the conflict and examines significant battles in the conflict. The hosts, James Early and Scott Rank, provide commentary that makes massive battles easy to understand.

The podcast is a total of 22 episodes. Most of the episodes are about battles but topics such as African American soldiers, the Navy, and the legacy of the American Civil War are discussed in certain episodes.  In episode one,  Early and Rank discuss how slavery divided the North and South into two different societies.  They also talk about political and social issues that led to the conflict. This is an important episode to listen to before learning about the battles. It helps explains why the fighting was so vicious and hard fought.

The first battle discussed is the Battle of Bull Run. There are a lot of interesting facts and information presented. One example of this is the similarity of the uniforms between Union forces and Confederates. Both sides were yet to update their uniforms so early in the war. This was especially the case with certain Confederates who wore blue uniforms (the standard color for Union forces) during battle. Even General Thomas “Stonewall” Jackson wore a blue one the battle. During one pivotal part of it, Confederate forces advanced towards Union forces but were not fired upon because they also wearing blue uniforms. This played a role in the eventual Union rout.

Though the stories told are often brutal, there are humorous one, too. A story told is about how Irvin McDowell, commander of Union forces at the time of Bull Run, ate a whole watermelon by himself though it was provided to both him and his staff. His aides assumed that they would be able to have a piece or two, but that was not so. He ate everything including the rinds and the seeds.

Key Battles of the Civil War provides the essential information one needs to understand the American Civil War. An example of this is the massive loss of life during the war. You learn how accurate rifles and artillery were far too advanced for the Napoleonic-era tactics that were still used on both sides. Soldiers were sitting ducks as they marched across fields into the sights of rifles and cannons. The causalities of each engagement are discussed in each episode and it is always horrifying to hear how many were killed in a single engagement. I highly recommend this podcast to anyone who wants to learn about the American Civil War or hear interesting stories about it.

This podcast can be listened to on the Key Battles of the Civil War website or podcast apps such as Apple Podcasts, Spotify, Google Podcasts, etc.

To learn more about the American Civil War, take a look at our books on the curated book list. These can be placed on hold and picked up at any branch of the Yonkers Public Library. 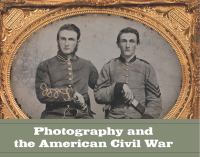 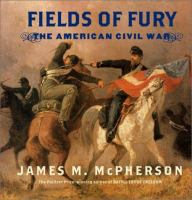 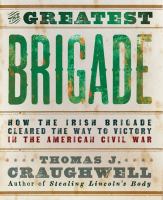 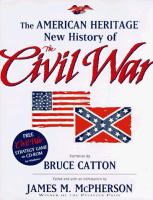