The first episode of the podcast is with Steven Canals, a co-creator of the show Pose. Granderson and Canals discuss discovering that they were gay when they younger. Though they had feelings of attraction to members of the same sex, they repressed their feelings due to the stigma against homosexuality. To prevent anyone from seeing them as different, they pretended to be straight. Granderson even married a woman before coming out in 2012. You learn how repression caused Canals and Granderson to have feelings of self-loathing, which they gradually overcame by expressing who they truly are.

Canals talks about Pose and how was he inspired to tell the story of transgender and gay people who died during the AIDS outbreak. He talks about how it devastated the older generation of their community. Canals describes how important it is to have five transgender actors starring in the show, which is the largest of any single cast in TV history. He hopes this will open the door for transgender actors. Canals and Granderson’s conversation about the history of their community is important for people to listen to—especially young people.

The podcast has a total of three episodes so far. Besides Steven Canals, Granderson interviewed Michaela Jaé and Rufus Wainwright. Jaé plays the role of Blanca Rodriguez-Evangelista in Pose. She describes how she learned how to express her authentic self, and the important relationship she has with her parents. Rufus Wainwright describes coming out at the age of 13 and how he entered the music scene as an openly gay recording artist.

Life Out Loud is an inspiration to anyone who is gay or transgender and hesitant to come out. Granderson and his interviewees share words of wisdom and a message of hope to those who are struggling to express who they truly are. Those outside the LGBTQ+ community will learn about the challenges gay and transgender people face, and empathize with their struggles. Listeners will appreciate the accomplishments of Granderson and his guests even more after hearing about the obstacles they overcame.

These and other nonfiction books can be placed on hold and picked up at any branch of the Yonkers Public Library. 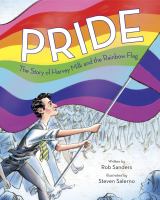 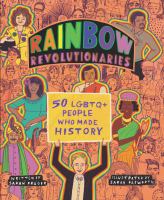 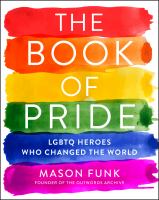 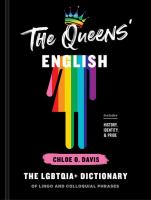