The “Shot Heard ’round the World” was fired on April 19, 1775. On this day, American militia engaged British troops at Lexington. After the smoke cleared, eight Americans lay dead and nine were wounded. The podcast The American Revolution examines the Battles of Lexington and Concord, along with over a hundred other  engagements and topics of the American Revolution. The podcast is hosted by Michael Troy. For the 246th anniversary of the battles of Lexington and Concord, the focus will be on three episodes that analyze them.

The British mission was to seize American munitions at Concord. As Troy describes in the podcast, news of this mission was leaked to Joseph Warren, an American patriot. Rumors about the identity of the spy are discussed. Interestingly, one rumor was that General Gage’s wife (Margaret Kemble Gage) told Warren of the upcoming mission. Nothing is conclusive, but it is still interesting to hear the different theories. Once Warren learned of the British mission, he told messengers to spread the word. Troy speaks of how Americans created a warning system against attacks by the British. Paul Revere was one of several patriots who spread the word to local militias. Though Revere was captured, the warning system was successful and American militias begin mobilizing at Lexington and Concord.

Troy describes the situation on April 19th from the British perspective. Troops were awakened early in the morning on April 19 and ferried from Boston harbor to Charlestown. Once they landed, British soldiers marched a long distance to Lexington and then Concord. According to Troy, their fatigue almost led to a disaster for this British expeditionary force. After being engaged at Lexington and Concord, British forces had to run a gauntlet out of Concord. American forces had swelled to around 3,000 and were harassing the English as they retreated. All the days’ action and this harassment completely exhausted the English troops. Troy explains how if it had not been for reinforcements, the British forces could have been captured. Hearing about the English perspectives on the battles was enlightening. Troy expertly analyzes both American and British perspectives, which leads to better understanding of the battles of Lexington and Concord.

Troy describes the savagery of combat at Concord; e.g., how an American minuteman scalped English officer Lieutenant Gould. Out of retaliation, British forces killed prisoners and wounded noncombatant colonists. Though brutality is a feature of warfare throughout history, it has not been associated with the battles of Lexington and Concord. This is one of many facts about the battles on which Troy sheds light.

The American Revolution Podcast provides a thorough analysis of the Battles of Lexington and Concord. I have provided just a small taste of what I learned from it.  Little-known facts are layered into each episode and this maintains your attention. After listening to the episodes about the battles of Lexington and Concord, you will have an understanding of the beginning of the American Revolution and the roles those battles played in the war.

To learn more about the battles of Lexington and Concord, you may also take a look at our curated book list. These books can be placed on hold and picked up at any branch of the Yonkers Public Library. 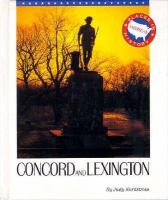 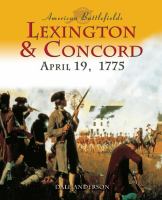 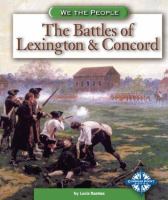