April is Sexual Violence Awareness Month. Sexual violence is a term that refers to various types of sexual harm that includes sexual assault, sexual exploitation, alcohol facilitated sexual assault, and sexual harassment. This can be inflicted through physical, verbal, and visual ways. Examples of this includes rape or groping a person; verbally demeaning an individual or group of people; and displaying explicit posters in sight of others. The Minnesota Coalition Against Sexual Assault website has more information about types of sexual violence and its effect on people.

According to the National Sexual Violence Resource Center (NSVRC) in the United States, an average of 1 in 5 women experienced completed or attempted rape during their lifetime;  nearly quarter of men experience a type of sexual violence; and 734,630 people were raped (threatened, attempted, and completed) in 2018. Other informative statistics are on the NSVRC web page.

Rape, Abuse, & Incest National Network (RAINN) has a National Sexual Assault Telephone Hotline for victims of sexual assault and for people who want advice on how to help a victim. The phone number is 1-800-656-4673. There is also an online chat service.

RALIANCE has a directory of Rape Crisis Centers in the United States. There are 82 centers in New York.

NSVRC has a directory on their website of organizations that assist victims. The organizations can be searched by type and state. There are numerous organizations in New York that provide assistance. Contact information for all them are provided.

Along with contacting professionals through hotlines and directories, NSVRC has other recommendations of healing for survivors of sexual violence. These include:

NSVRC created a list on how people can get involved to prevent sexual violence. Actions that can be taken are:

The Yonkers Public Library created a book list about sexual violence. These books can be placed on hold and picked up at any branch of YPL. 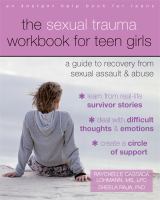 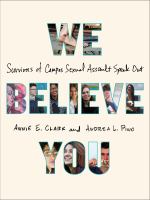