On May 7, 1915, a German U-boat (submarine) sunk the Lusitania. 1,195 people, including 128 Americans, were killed in this attack. 764 people somehow survived. The Lusitania was a luxury steamship carrying only civilians. It was traveling from New York to Liverpool during World War One.

The Germans issued a warning that U-Boats would target English merchant ships traveling from the United States to England before the Lusitania departed from New York. Ships arriving in England from the United States supplied the English with weapons and equipment during World War One. This made the Germans suspicious of any vessels in this shipping lane. Being that the ship was unarmed, the crew of the Lusitania believed that German sailors would allow civilians to evacuate the ship before it was torpedoed by a U-boat. This proved to be inaccurate. On May 7th, the Lusitania was torpedoed without warning and it sunk in twenty minutes.

Following the sinking of the Lusitania, many Americans, including Theodore Roosevelt, wanted revenge. Despite this sentiment, President Wilson issued a stern warning to the German government to not target ships carry civilians. Once this was agreed to by the German government, war between the two countries was temporarily avoided. On April 6, 1917, after learning of the Zimmerman Telegram, the United States declared war on Germany. The United States already was outraged from the sinking of the Lusitania—the Zimmerman Telegram was the final straw.

To learn more about the Lusitania, take a look at this collection of books about it. These books can be placed on hold and picked up at any branch of the Yonkers Public Library. 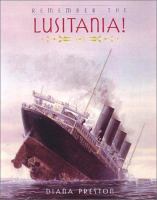